5 Ways I Stayed in Control During My Mastectomy

The scariest part of breast cancer for me was the surgery. I was petrified of having surgery. I was only 26 and the only thing I had done to me at that point was a biopsy.  I felt I had no control, and I wanted to stay in control during my mastectomy.

The thought of being put to sleep made me crazy with worry. I tried to explain my feelings and most people didn’t understand. They were thinking I should be happy to be asleep; I wouldn’t know what was going on. When I woke up it was over. I was petrified I wouldn’t wake up.

I trusted my doctors and I was fairing well with my chemo. Everything was beginning to look a little brighter, except I had this surgery thing to deal with. If I could have skipped it, I would have. I found myself thinking about it and getting quite emotional. It was suggested to me that perhaps I was just feeling out of control. So I decided to take control back, however, I could.

Remember, I was diagnosed with breast cancer in 1995, which means we had internet, but it was in its infancy, and it was nothing like it is today. Also, I didn’t have the internet at my house. Therefore, I read books, by candle because electricity hadn’t been invented yet…just kidding, it wasn’t that long ago.

As you can imagine, books about women under 30 having breast cancer were hard to find. My aunt did find me one, however, and I read it from cover to cover. The author, Linda Phelan McCoy, she was my hero at the time. I adapted many of her ideas, but not all, and that is okay too. After reading the book I felt empowered and began to advocate for myself, much more than I had been. I found that taking control of what I could, made it easier to deal with the things that I wasn’t able to control.

With that in mind, I came up with 5 things to do prior to surgery to make me feel more in control.

1. Bought My Own Outfit for Surgery Day

I started by buying my own outfit for surgery day. I bought two, one outfit to go to the hospital in, and one outfit for after the surgery.

The surgery day outfit was loose, so I could get out of it easily and so it would be comfy on the way home. I wasn’t sure what to expect, but I figured I may be a bit sore. It was a heather gray tunic made of soft material with matching pants. I loved it. I wore my pink baseball hat that day because it was my favorite.

I had gone on a trip to Nantucket and while I was there, I bought my after-surgery outfit. I am always cold and the thought of being in a hospital gown was not very appealing. I found a green, scotch plaid, flannel, nightshirt. I, of course, had the matching scotch plaid hat that said, “Nantucket”. Add to that thick, fuzzy slipper socks and this outfit was “runway ready”!

It was funny how much better these two outfits made me feel. In 1995 you spent 3-5 days in the hospital after surgery, so it was comforting to know I would have my own things. It did make me feel more in control.

My next step was to speak with the surgeon. I felt he should know the things that were bothering me and what my expectations were for the day of surgery. It is, after all, my body. I had made a list of demands, ha-ha, and off to the pre-surgical appointment I went.

After we got through all the medical stuff, it was my turn. I started by telling him I was Catholic. If anything were to happen, (because I was still worried about waking up), I wanted a priest and I wanted him to make sure it happened. That went over easily, and he agreed and would make the rest of the staff aware.

3. I Asked for My Own Blood

Next, I wanted to have my own blood. I was a nurse by trade, so I knew that any surgery could require additional blood in some instances. I had read in the hospital paperwork that I could ask my family to donate blood, that would be made available during my surgery, if I were to need it.

It was a time when “tainted” blood was not unheard of, and I felt it gave me one less thing to worry about. My family wanted to do something to help me, so donate blood it is. The conversation went like this:

Me: “I read that I can have my own blood designated for surgery, my family is willing to donate”.

Doc: Scribbles on pad feverishly, “here’s where they need to go…”

I started chemo before anything else, so I was completely bald at the time the surgery came around. I told the doctor was that there was no way I was to be rolled around the hallways without my hat on.

He tried to explain to me that I would have one of those paper surgical hats on. I stared blankly. I am not a paper hat kind of girl. I contemplated telling him about my outfits and how powder blue paper would not compliment them.

I went, instead, with a big, fat, “No”. After a short exchange we negotiated the pink baseball hat in the corridors, but I had to have the stupid paper one on during surgery. As long as there is no paparazzi, I can live with that.

5. I Asked for My Son’s Stuffed Animal

I think the doctor was just about sick of me at that point, but he relented. He said I could have the stuffed animal but again, not while I was in surgery. I left with the promise that the animal would be there when I went to sleep and when I woke up.

I woke up the morning of surgery and I was scared to death. I would be leaving my babies for about a week, and I would come home with part of me missing. My cancer was unusual and aggressive, so reconstruction wasn’t an option at this point. I kissed my boy’s goodbye, and I went off to the car, wrapped in comfort clothes and my favorite pink hat.

I was scared, but I did feel like I had some control. I had made decisions and took the power away from the cancer and focused on what I could control.

It doesn’t have to be clothes and blood donations. It doesn’t have to be the surgery, maybe chemo is what really unnerves you. Maybe you choose your surgery date, or maybe you bring your favorite pillow, play some classical music during recovery, whatever makes you feel good.

Taking control can be whatever makes you feel that you have some say in the chaos cancer creates.

Visit my Breast Cancer Store for ideas on how to comfort yourself and take back the control. 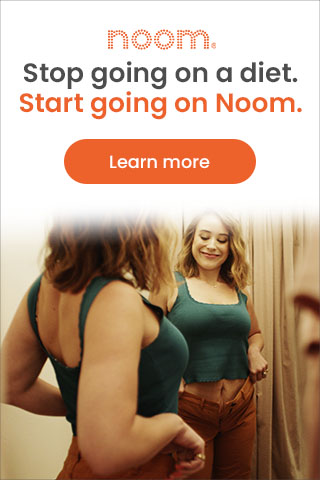 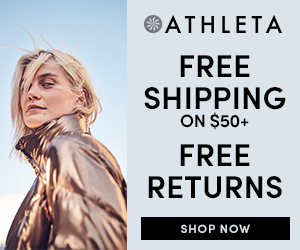 
Error: API requests are being delayed. New posts will not be retrieved.

Error: API requests are being delayed for this account. New posts will not be retrieved.


Error: API requests are being delayed. New posts will not be retrieved.

Error: API requests are being delayed for this account. New posts will not be retrieved.